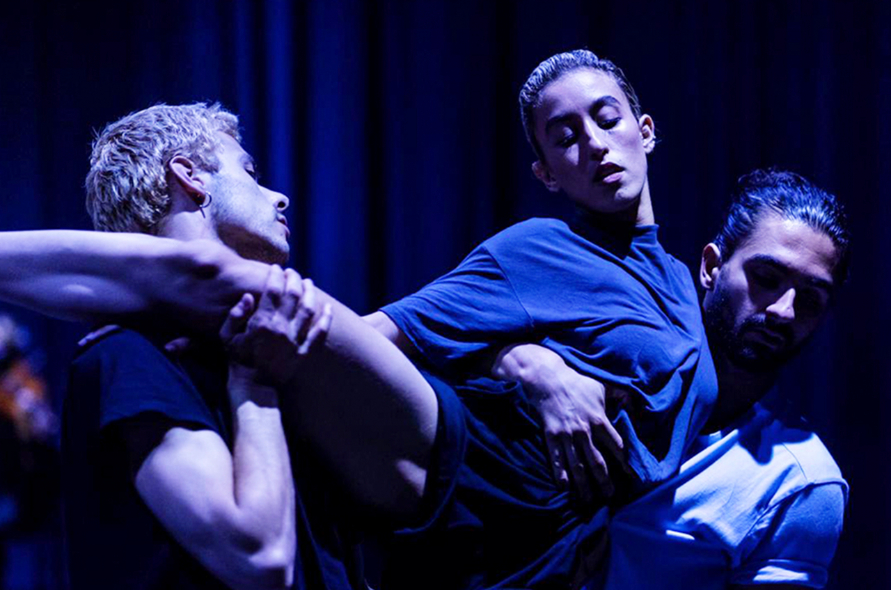 String Quartet No. 3 by Philip Glass was originally composed for Mishima: A Life in Four Chapters, a 1985 American biopic about the legendary Japanese writer Yukio Mishima, who famously attempted a coup and then committed suicide by seppuku.

The choreography, made for the film, investigates the notion of removal. Using the visual metaphor of a narrowing stream, the dancers find their way out of a repeating structure while the audience’s gaze is guided through the camera. Tension is created through the juxtaposition of dance and score.

Through each of the six movements of the concert version of the quartet, the music corresponds with a particular event or person from Mishima’s life. The three sections presented in this concert include the pensive first movement, primarily consisting of variations of a repeated minor-mode harmonic progression, builds on a structure emphasizing Glass’ characteristic use of shifts between duple and triple metrical accentuations. The fifth movement alternates between pulsed chords and rich polyphonies while the final movement circles around familiar chordal progressions underneath a lush violin line torn between rapid arpeggiation and a drawn-out, expressive melody on a two-note motif.

Choreography: Paolo Mangiola in collaboration with the ŻfinMalta dancers