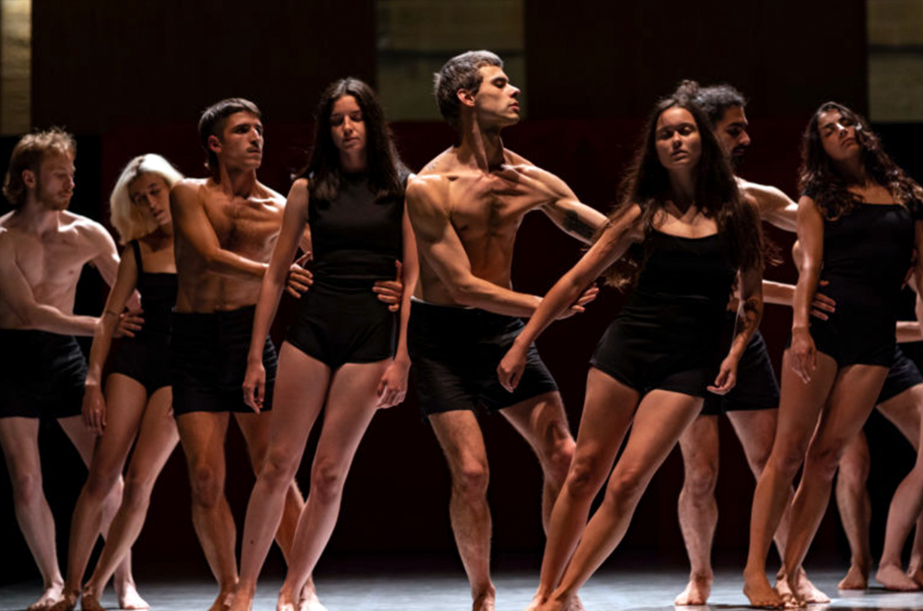 Overgeneralization is a human tendency; a tendency which lies at the core of Girls and Boys.

Five girls in red, on a narrow white floor, dancing a dance, exposing themselves to stubborn cliches of femininity, which appear at every turn. Voices go up to please, to protest, to pacify. Gestures are minimal, flirtatious, as if taken from the catalogue of male fantasy. Kisses are thrown into the air, legs are spread, tushes rock from side to side – like men love.

Five boys in black, on a narrow white floor, dancing a dance. Exposing themselves, to stubborn cliches. Voices go up to plead, to berate, to pacify. Gestures are temperamental, familiar, as if taken from the cards of human history. Punches are thrown into the air, chests are puffed, legs drilled in a left-right-left march – like men love.

Music: “Girl from the North Country” by Bob Dylan,

“End of the World” by Arthur Kent and Sylvia Dee,

“Be My Little Baby” by Jeff Barry,

“You Are So Beautiful” by Billy Preston and Bruce Fisher,

World premiere: Staatstheater Tanz Braunschweig, Germany, 2014. The adaptation of Girls & Boys was commissioned by the Batsheva Dance Company in 2018.

Supported by The Ballet Shop.