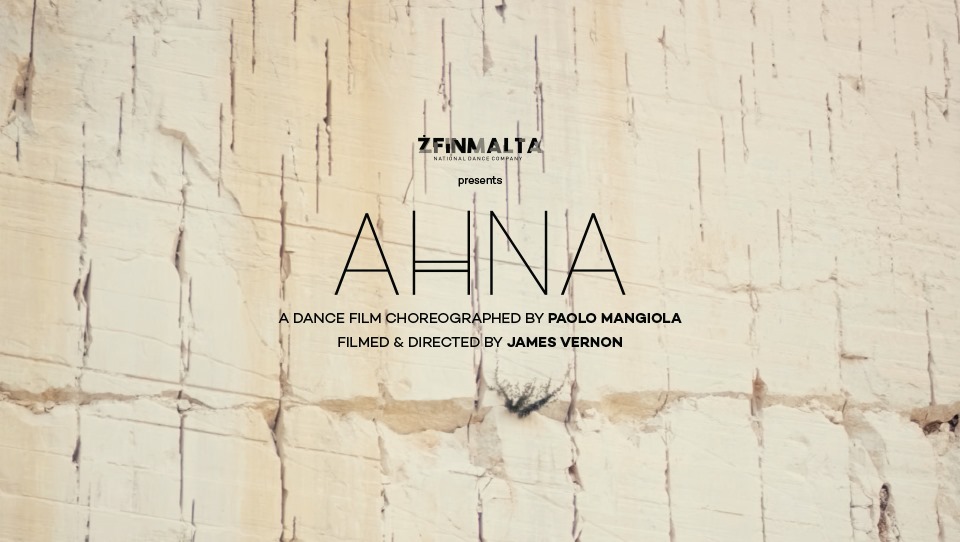 Aħna is a dance film, choreographed by Paolo Mangiola, Artistic Director of ŻfinMalta, directed by award-winning director and filmmaker, James Vernon, and performed by the company dancers of ŻfinMalta, Malta’s national dance company. The work has been created especially for the camera and is inspired by Malta’s limestone and its function.

As suggested by the name, Aħna sets out to evoke a feeling of togetherness, through a material which defines this country’s rich landscape and its culture. From the oldest free-standing temples in the world to fortifications, the rubble walls outlining the countryside, churches, palazzos and townhouses, Malta’s history is constructed of limestone.

Of this important new work for the company, Paolo Mangiola says: “As the only exploitable mineral resource the Maltese Islands has, I wanted to create a work that reminds us of the value of this beautiful stone, which also protects us and forms the spaces in which we interact, move and grow together.” Aħna is the first part in a trilogy of films exploring Malta’s culture through its landscape.

Aħna is the first part in a trilogy of films exploring Malta’s culture through its landscape.

Aħna was filmed with the generous support of Mark Bonello Quarries.

Choreography: Paolo Mangiola in collaboration with the dancers