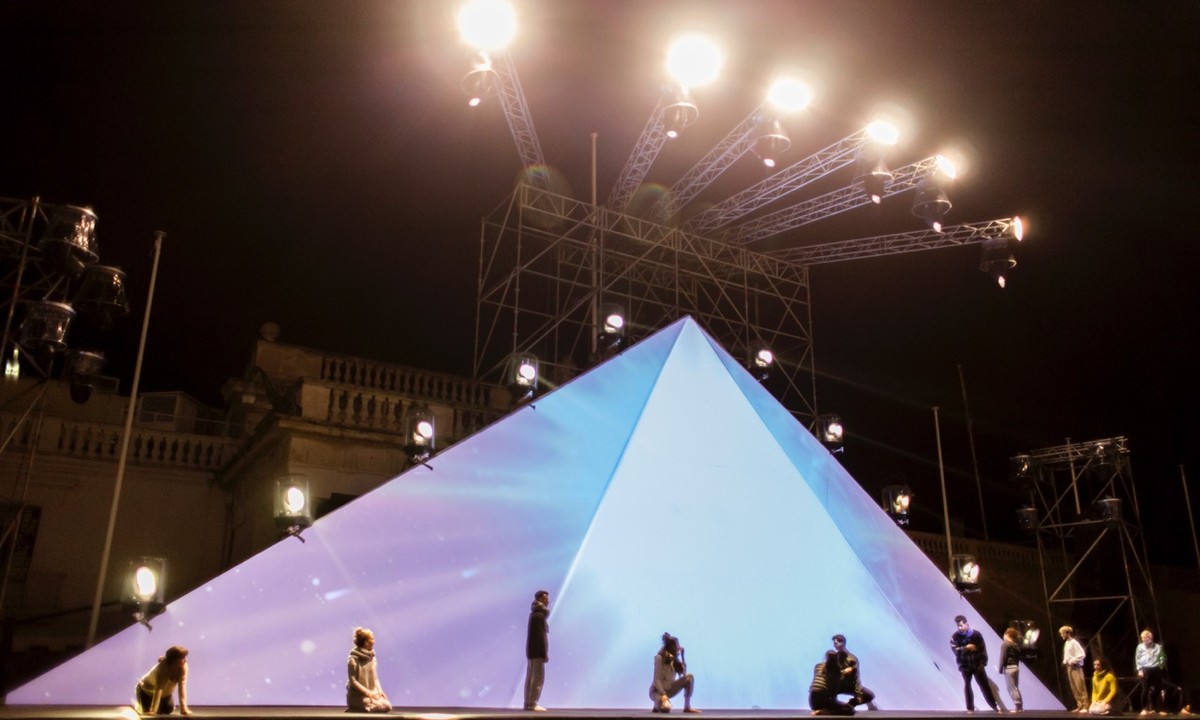 ŻfinMalta Dance Ensemble, Malta’s national dance company, is warming up for its first big show this year, which has been specifically created for the celebrations marking the start of Valletta’s reign as European Capital of Culture.

Qalbna, being held at St George’s Square on January 20 at 7pm, with repeat performances every hour thereafter (last performance starts at 11pm), is a work choreographed and directed by Paolo Mangiola the new Artistic Director of ŻfinMalta. It takes inspiration from the natural evolution that happened over the centuries in Malta, a land where historically, populations, languages and customs crossed paths.

“Qalbna is a word in the Maltese language which, literally translated, means our heart. I was interested to explore, metaphorically, how Malta and Valletta became our ‘cultural heart’ in this contemporary interconnected Europe,” according to Paolo, who choreographed the piece.

Observing the natural elements present on the island, the composition created evolves continuously, communicating, through choreography, the heart of our European values.

This piece promises to be a spectacular work, in which the dancers interact with the stunning visual effects created by the Maltese Blaze Animation team.
This creation pays tribute to the important role of Malta in this year of cultural events, and seals the presence of ŻfinMalta Dance Ensemble at the front line of dance.

Paolo believes the creative contribution of Blaze Animation is fundamental to the realisation of this project.

“Blaze is a Maltese company working with different mediums. For Qalbna they created a visual environment through video projection, which will come alive on a large pyramid standing at 30m by 10m” Paolo said.

“The team’s contribution was essential and their work has added a beautiful and poetic layer, providing a further narrative to the piece, in which the dancers enter into a dialogue with, and react to the visual elements.

“The challenge for Qalbna was to ‘choreograph’ all these elements, together with the fantastic dancers of the company, while finding a way in which each layer has its own balance but is interdependent of one another.”

Paolo is excited that ŻfinMalta has succeeded in finding the right ‘angle’ for a large-scale work that will provide each member of the audience the chance to engage with the performance on many levels, this also thanks to the original score created by Cyprian Cassar.

Discussing the role of ŻfinMalta in the country’s cultural programs for Valletta 2018, Paolo reconfirmed his commitment to spread the culture of contemporary dance in Malta.

“The company has a great privilege and consequently a great responsibility in stimulating Malta’s cultural development. As artistic director, along with the dancers and the whole team, I support a clear shared vision: to keep developing the space to cultivate a culture of contemporary dance in Malta. We are aware that opportunities like these are unique in enabling us to carry forward the message that with dance we can create value.”

Next ŻfinMalta activity as part of the Valletta 2018 Cultural Programme is an Artist in Residence with Berlin-based choreographer Sergiu Matis.