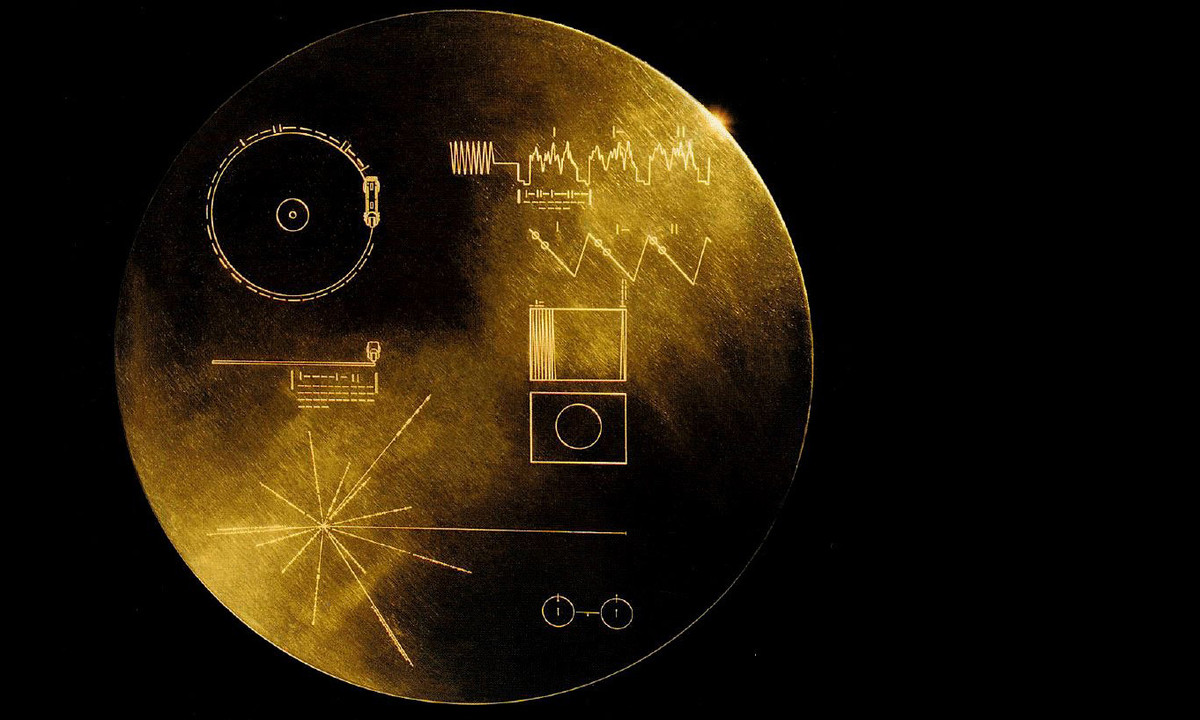 28 Feb Somewhere Something Incredible is Waiting to be Known

Forty-one years ago, American astronomer and astrophysicist Carl Sagan came up with the idea of sending a time capsule into outer space that would give intelligent life a snapshot of Earth’s diversity, sounds, feelings and thoughts through 116 images encoded in analog form. Launched on the Voyager Spacecraft in 1977, the Golden Record, plated with gold and sealed in aluminium cases, was expected to remain intelligible for more than a billion years, making them the longest-lasting objects ever crafted by human hands.

During the launch, UN secretary general Kurt Waldheim sent greetings on behalf of the people on this planet, saying: “We step out of our solar system into the universe seeking only peace and friendship, to teach if we are called upon, to be taught if we are fortunate. We know full well that our planet and all its inhabitants are but a small part of the immense universe that surrounds us and it is with humility and hope that we take this step.”

Fascinated by Sagan’s work, ŻfinMalta National Dance Company’s artistic director Paolo Mangiola, got wondering what NASA would send into outer space were it to repeat the same exercise today.

How would we represent our past, our present, and our hopes for the future? What would the elements archived in it look like? How would we select them? In short, what would a Golden Record look like if propelled to another planet in 2019?

As a young boy, Mangiola was always captivated by this Golden Record and Voyager’s discoveries of our solar system, the space probes carried out and the data collected. His interest was further piqued when on February 14, 1990, Voyager 1 captured the timeless portrait of Earth as a small stage in a vast cosmic arena; a pale blue dot in an enveloping darkness.

In his 1994 book The Pale Blue Dot, Sagan had eloquently urged us all to look at that photograph and really immerse ourselves in it: “That’s here. That’s home. That’s us. On it everyone you love, everyone you know, everyone you ever heard of, every human being who ever was, lived out their lives … There is perhaps no better demonstration of the folly of human conceits than this distant image of our tiny world.”

This pale blue dot is what inspired ŻfinMalta’s Voyager, a joint collaboration between Maltese-born visual artist Austin Camilleri, accompanied by the work of composer Veronique Vella, and with costumes designed by Luke Azzopardi. Voyager is the culmination of a year of research and interviews that promises to propel its audience into a world of introspection, self-discovery and reflection on the way human beings are treating this fragile pale blue dot.

“SOMEWHERE, SOMETHING INCREDIBLE IS WAITING TO BE KNOWN”