21 May Riccardo Buscarini’s ‘Requiem for Juliet,’ A story of redemption and choice: featuring Charlotte Grech

Posted at 15:56h in Blog by Martina Zammit

With ŻfinMalta’s premiere of ‘Requiem for Juliet’ fast approaching, we dive into the themes and inspiration behind the piece with choreographer Riccardo Buscarini…

We also spoke to Maltese actress Charlotte Grech who joins ŻfinMalta on stage for this full length work, to see what our audiences can look forward to in this reimagining of a classic tale.

How would you describe your work as a choreographer?

“I believe my work is very human.”

Riccardo’s work and choreographic style is often inspired by paintings. There is an aesthetic element of composition to each ‘frame’ of movement, almost as if carefully crafted entirely from singular images or tableaus. He describes himself as approaching “choreography in an expanded way,” working not always in theatres or traditional performance spaces, but also with movement created for other visual arts, “operas, installations, even working with architects…dance that appears in a not so expected context.”

There is a poetic element to the way he puts bodies in space, creating beautiful and evocative images.

How did you arrive at the decision of creating a new narrative for Shakespeare’s Romeo and Juliet?

Paolo Mangiola, ŻfinMalta’s artistic director, aims for each season to present some take on a classic title, by “calling on ‘edgy’ makers, with more radical practices to approach these works,” so that they are never simply a retelling, or what an audience may expect. Riccardo’s initial approach, when presented with the Shakespeare title was to question: “Why is the story of a classic important? What can I say as a choreographer, but more as a director, about something we already know. What can I say about a classic that is new, fresh, or even that can speak or comment on the present.”

The challenge, being that ‘a classic’ comes layered with established cultural significance and recognition, carrying with it a history of ways it has been interpreted artistically. Rising to this challenge, Riccardo chose to create a sequel to the well loved story we all know: a journey of redemption and reflection, as seen through the eyes of Lady Capulet.

The idea of time is essential when we talk about classics, because they can only become a classic through time; a synonym of ‘a classic’ could easily be ‘timelessness.’

What themes are at the heart of this work?

For Riccardo, ambiguity is the most important theatrical factor. ‘Requiem for Juliet’ achieves this by working closely with “images of symmetry and asymmetry, and the ambiguity this brings. It’s something we look for and are attracted to, both on the street and in the theatre. We are attracted to things we don’t fully understand.” The idea of a ‘mirror image’ is heavily referenced, representing the close similarities of these feuding families, a possible origin of their conflict. Riccardo “holds up a mirror to society, (both past and present) and the choices these characters have made.” The costume designs by Luke Azzopardi are one of the most important elements in this production that demonstrate this concept of duality: “contemporary but with some historical cuts. There is a decadence, yet also a decay.”

The focus of this work is not solely ‘death and love,’ it’s really a story about choices, but there is definitely a large factor of duality...dualities of me and you, family versus family, mother and daughter, past events versus their relevance in the present…

Ironically, ‘choice’ is a main theme of the work, considering that the original play is one about lack of freewill and the workings of fate, where “two star crossed lovers” are ill fated even from the prologue, a story whose dramatic finale is merely “some consequence, yet hanging in the stars.” Riccardo’s use of retrograde story telling and reflection of past events, is a sharp contrast to Shakespeare’s use of the dramatic element of foreshadowing, providing yet another layer of duality to this reimagined sequel.

Who have you collaborated with on this production?

Riccardo enjoys working closely with composers and original scores, but also often uses music that already exists and is familiar to a wide audience, a choice that provides him with the challenge of redesigning something for a new context. Here, he asked composer Alessandro Baldessari to create “a world of darkness” to reflect the pain and emotional journey of Lady Capulet, which then transforms, enabling  her character to travel through and beyond her grief, arriving at a place of peace.

“My dramaturg Mauro Barbiero, was the one who made the suggestion to organise the work as a retrograde plot,” which begins from tragedy, and finishes with the concept and theme of choice. Juliet, originally a tragic protagonist, becomes a symbol of an opposing narrative, and through this choice of chronology, she is no longer a tragic figure. Luke Azzopardi has beautifully designed the set and costumes for this production, and together, they chose for the costumes to reflect a duality of both contemporary and historical references, with a definite shakespearean inspired aesthetic.

Would you die for love? Maybe not, but you would dance with someone for a night and hope it lasts forever. I wanted to give a message of hope.

How did you feel about returning to Malta to create a full length work?

“It was very emotional coming back into a studio working environment, after two years without interacting with bodies.”

“It’s the challenge and the beauty of the job, as choreographers and as dance practitioners, the idea of exposing yourself, opening your own world to other people, both from the stage to the audience, and from artist to artist…You are exposing yourself completely: the complexity of your ideas, your biography. You can never separate yourself completely from your work, the personal and the professional… There is a challenge of opening these ideas to new bodies. All work speaks about ourselves: It’s always new, and it’s always scary.”

Maltese actress Charlotte Grech, joins ŻfinMalta on stage to voice Lady Capulet: a bereaved mother who’s narration will guide us on a journey to forgiveness and acceptance.

Charlotte Grech is a founding member of the group Theatre Anon, and project manager of ACTive Age Malta. Charlotte’s impressive career spans over three decades in Maltese theatre, television, and film, and as a drama educator working with vulnerable groups including disabled children and older adults.

What is your role in ‘Requiem for Juliet?’

“Requiem for Juliet is a sequel to Romeo and Juliet, where I play Lady Capulet. I played Juliet on stage many years ago; it was a part I loved and have held dear for its passion and fire, so it seemed natural on this occasion to dive into the character of Juliet’s mother. Riccardo’s outlook for Lady Capulet is contemporary, honest, visionary, and wistful, with elements of the passion that embodied Juliet and that perhaps her mother is now trying to come to terms with. I sincerely hope that I can both achieve and echo the love and passion being created in this process.”

How do you feel about joining ŻfinMalta this creation?

“I am thrilled to be part of a multidisciplinary project like Requiem for Juliet, and to be collaborating with none other than ŻfinMalta, who I have watched grow. I wanted to be a dancer when I was young but alas didn’t take this path, so at this juncture, being given the opportunity to be part of a group of multi-talented, young, and beautiful dancers, under the direction of Riccardo Buscarini, and in a new work, is indeed a privilege for which I am very thankful.”

‘Requiem for Juliet’ premieres on the 27th, 28th and 29th May at The Manoel Theatre. Watch James Vernon’s trailer below, and book your tickets here now! 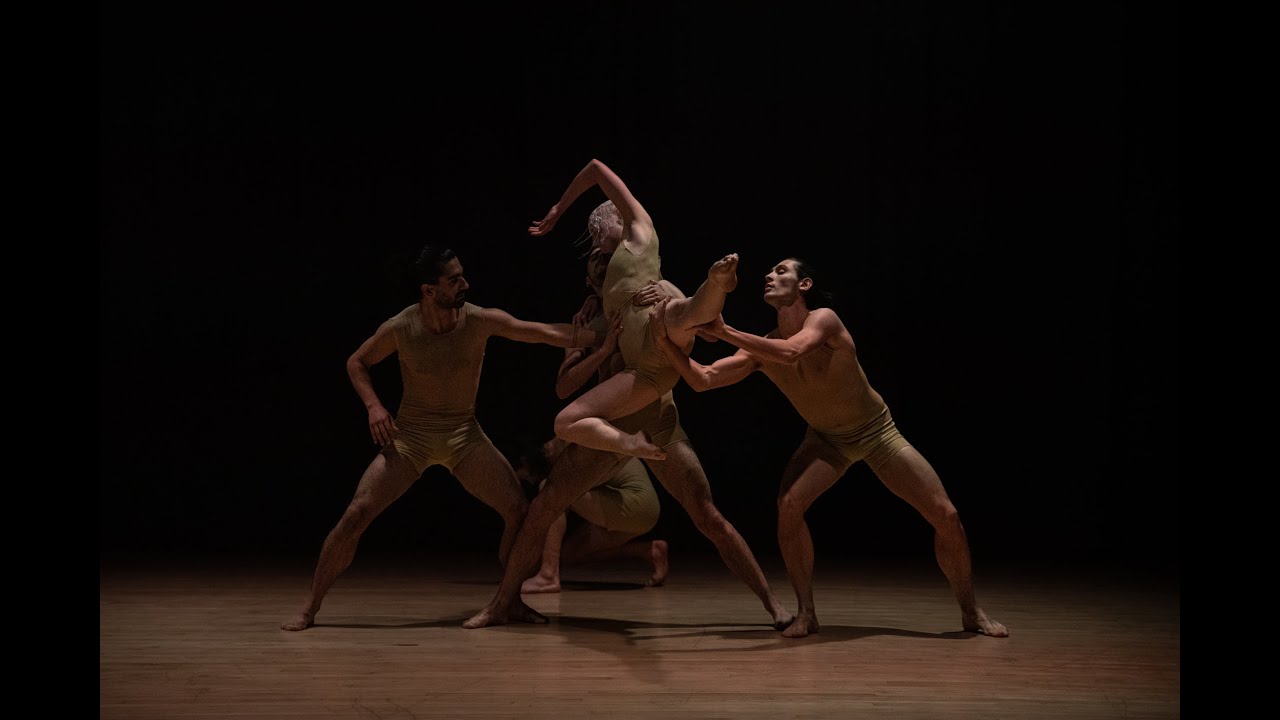 Supported by the Italian Cultural Institute of Valletta.