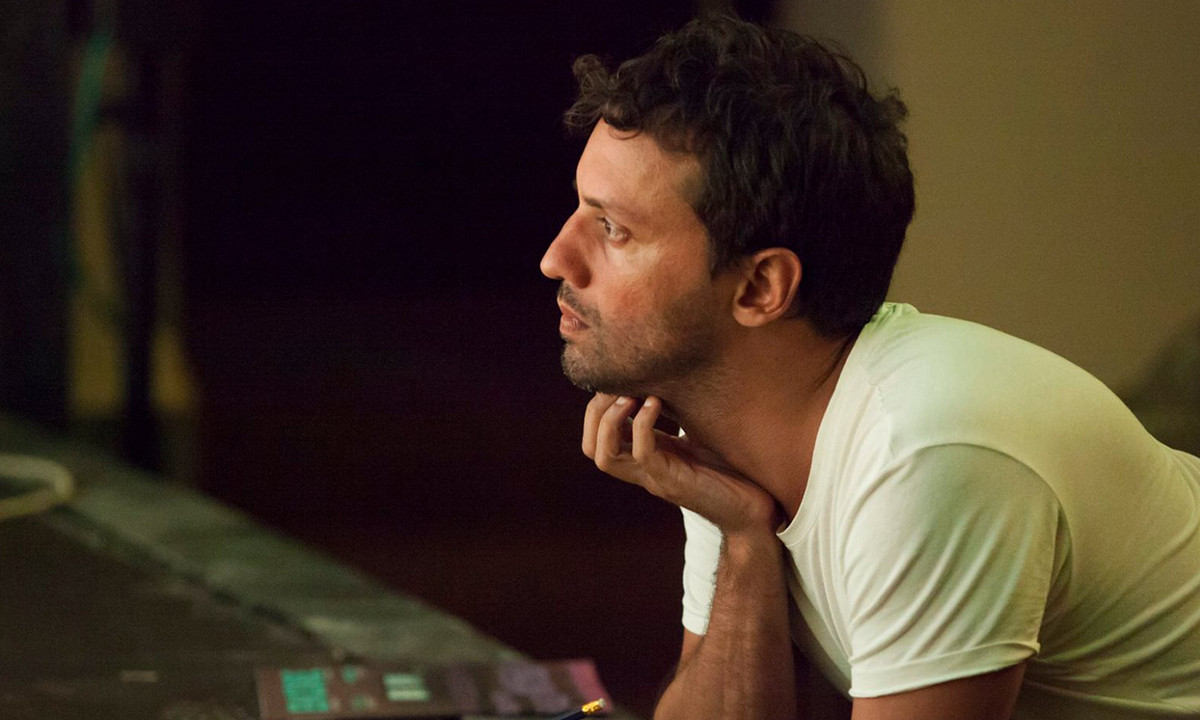 I grew up in the 1980s, at a time when space exploration was on everyone’s mind and science fiction, already an established genre, provided us kids with inspiring and mysterious futures we could get lost in. I was, and still am, fascinated with the universe, and the idea of creating a work based on NASA’s Voyager space probe, its achievements and the ambitious Golden Record – a form of time capsule – became a matter of urgency. Movement and dance can communicate in a way that goes beyond linear compression and words, and I felt this complex topic deserved to be explored through choreography. Movement is ancient; it connects us on a primal level. From hunting and gathering, to dancing around the fire, walking, and climbing, these are all actions which define us as inhabitants on this planet and connect us with the rest of the creatures in it. So I thought why not use movement to present such a beautiful and mysterious topic.

WHAT WERE THE CHALLENGES OF INTERPRETING THE CHOREOGRAPHY TO FIT THE CONCEPT?

Anything can be danced and choreographed. It’s not about translating or interpreting a concept, but rather using the idea as fertile ground for research that taps into something deeper, uncovers the novelty and eventually moves audiences. The challenge is offering a multi-layered work; a landscape of possibilities we can all reflect on. I like to think that dance can provide a void we can all get sucked into, which shuts down our analytical mind, and leads us to a different level of understanding. In Voyager I wanted to present not just the scientific discoveries these two space probes achieved, but also the Golden Record that was sent as a present from planet Earth. This time capsule, which was an inspiring topic to dive into, was intended to communicate the complexity of life on our planet to possible intelligent life forms.

HOW WAS THE PIECE DEVELOPED FOR STAGE?

The piece follows a clear journey, which is ‘readable’ from two distinctive and different perspectives, interdependent from one another. One is the journey of the two Voyagers, from the construction, to the collection of data from different planets, right to the moment when the probes leave the solar system and enter interstellar space. The other journey follows a chronological selection of the images, sounds and items sent through the Golden Record. These two journeys have created the entire structure of Voyager and the dancers navigate through these motions with the scope of communicating, thinking, transmitting, curating and exploring. On stage their bodies have multiple functions operating through an interdependent system, becoming the landscapes they explore.

WHAT MAKES THIS PIECE RELEVANT TO OUR PRESENT LIFE?

This is a piece about human endeavour and the urgency to know ourselves more. It is about our planet and the way we are treating it. It is about curating the best of ourselves and leaving behind what is harmful to life. It is a work about us in our time; not us as a species, but us as living creatures amongst all the life forms on planet earth. At a time when we are becoming increasingly aware of our role as inhabitants of this planet — the little pale blue dot, as astronomer Carl Sagan called it – Voyager aims to take us to a space where we can reflect on our choices and actions. I believe all of this to be relevant, as ultimately the piece aspires to offer a platform for contemplation on the preciousness of life and how complex and unique it is.