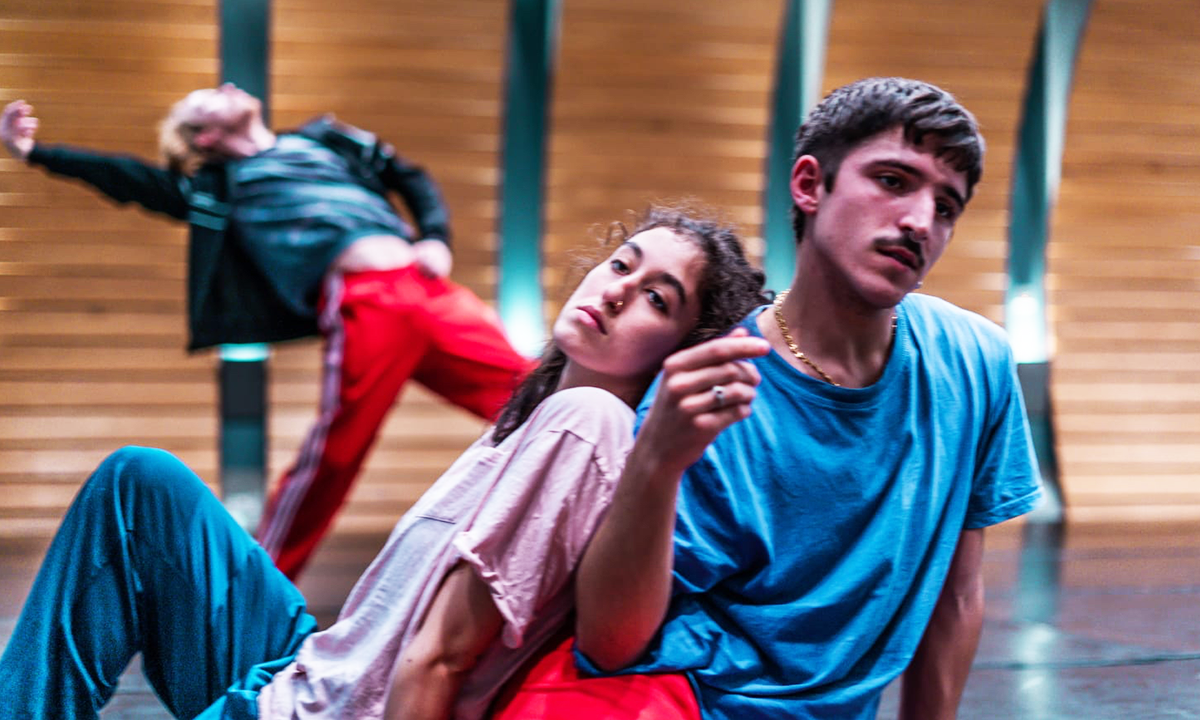 Posted at 14:15h in Blog by Martina Zammit

As ZfinMalta prepares for the upcoming premiere of ZfinDays – Double Bill, at Valletta Campus Theatre, we’ve captured some thoughts and reflections on the journey so far with two of our collaborators, Tom Van Malderen and Lucien Cassou.

Tom, set designer for ‘SuperLikes’ and Lucien, costume and mask maker for ‘Kalypso’, have been working closely with choreographers Nuria Guiu (SuperLikes) and Jacob Piccinino (Kalypso) as well as ZfinMalta’s production team, to get the show on the road.

Can you discuss one aspect of this collaboration that has excited you most?

That we managed to bring a set together which is more about the shifting of atmosphere than it is about adding physical objects. Very often I get asked to design material constellations or built components that would determine the set while in Superlikes the set is nearly entirely composed by bringing the actual light physically to the stage and have the dancers manipulating it as part of their choreography; resulting in an enigmatic shift from a very tangible and recognisable atmosphere to one with a very fleeting and virtual feel to it.

How has your practice as an architect, designer and visual artist, informed the process?

My practice revolves around probing the intersections between art, design and architecture, and the joys of mixing them up. I rely on taking information, experience and accidents, nearly unconsciously from one project to the next and it is often only months following a project that I discover or understand the transfer of information in the process. It certainly helped, that architecture is a lot about anticipating movement, that design relies heavily on interaction and that visual art often shifts perception.

Do you have a personal or professional relationship to dance that has inspired or influenced the work?

When I was studying architecture in Brussels, both Wim Vandekeybus’ contemporary dance company Ultima Vez and Anne Teresa De Keersmaeker’s Rosas were gaining a lot of momentum and their work and the ‘worlds’ they construct really pulled me in. Referring once more to this anticipation of movement, dance taught me a lot about anticipating space and made everything involving scenography pivotal in my work. Last year’s participation as a dancer in ŻfinMalta’s Threaded Fine, by renowned British choreographer Rosemary Lee, only reinforced the importance of ‘movement’ in my work.

How did you come to collaborate with Jacob on Kalypso?

Jacob and I met in Paris, at the International School of Theatre Jacques Lecoq. There we found a deep artistic connection, and a common love for theatre masks. I think for this reason Jacob called me back in 2017. At this time he was directing Il Qarcilla for Teatru Malta. For this carnival’s show, Larlussa Karfuza, he wanted some masks, so I proposed silicone prosthetic and we went for this strange but beautiful idea. After this collaboration, Jacob knew that he could trust my eccentrics ideas, so he contacted me in 2020 telling me he wanted to create a work about the Maltese Neolithic legacy. I completely love the theme, so after extensive research I went back to him with the concept to make some masks inspired by the Neolithic’ sculptures found in Malta. 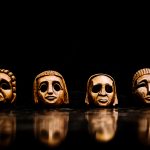 How does your background in the study of ‘Kathakali’ and Sacred Theatre in Asia, translate to this contemporary dance work in Malta?

As mentioned, Jacob asked me for some masks and costumes to represent the temple’s builders, and explained he wanted to work on the idea of rituals with the dancers. This reminded me of the kind of theatre I saw in temples in Asia. What is interesting is that in Asia performers are not considered as actors but as dancers instead. In Europe we have a huge mask tradition for actors and I am used to working with theatre companies rather than dance companies. So I saw this as an opportunity to make a link between contemporary dance and sacred theatre in Asia in my mask and costume designs. I chose to make full masks and bulky costumes to dehumanized the shape of the dancers; to invite them to become mysterious creatures, time travelling through thousands of years. 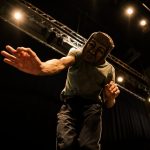 What has been the most fulfilling part of the process and the final work for you?

When you think about human beings 5000 years ago, you immediately fall into the caveman cliché. But when you look deeper into the archaeological discoveries, you realise civilization was far from this. They reached an aesthetic level that says a lot about them. But a shadow still remains where your imagination can go freely and create. So I project myself into this fantasy universe. What really impacted me in this design project was that during the first rehearsal I saw, I felt inspired to resurrect this millennia’s sculptures. I can’t wait to see the premiere and share this emotion with the audience. 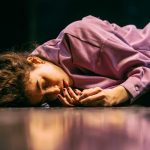 Read more about ZfinDays and reserve your ticket here!