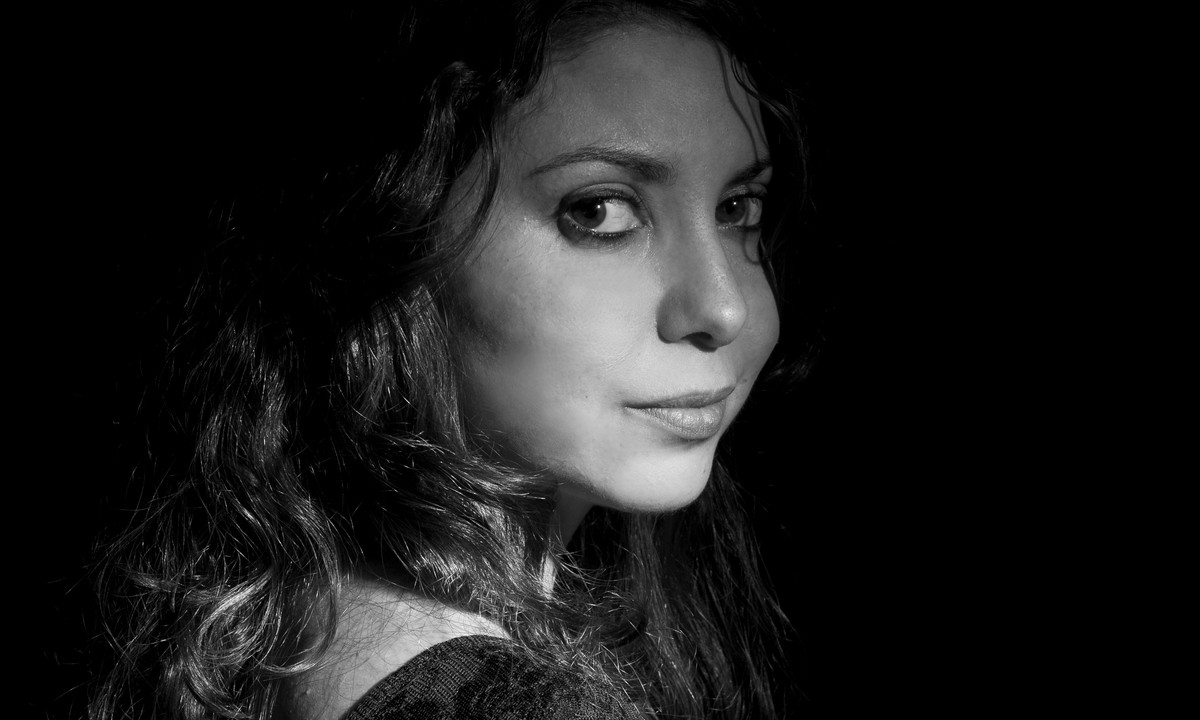 WHAT WERE THE CHALLENGES IN CAPTURING PAOLO’S VISION FOR VOYAGER?

This was the first time Paolo and I collaborated together. Working on any project where more than one art form is involved is always an exciting, albeit tricky venture. The biggest challenge was perhaps attempting to reflect / complement Paolo’s ambitious, literally larger-than-life concept with interesting sounds. Paolo was thorough in his research and gave me several musical references to look into. Another challenge was to try to move away from an anthropocentric representation of Earth (one of the pitfalls perhaps, of the compilation of the Golden Record), while writing a soundscape that would reflect the process of this journey from Earth into this enormous alien world without resorting to too many musical cliches.

WHAT DID YOU USE AS AN INSPIRATION FOR THE INTERSTELLAR SOUNDS?

In recent years there’s been a resurgence of films and TV shows that have tried to somehow capture alien sounds and beings / parallel worlds, such as Stranger Things, Interstellar, and Annihilation to name a few. I experimented with synths and tried to layer sounds in a way that attempts to capture the vastness; the ‘otherness’. Another point of inspiration was Carl Sagan’s book Pale Blue Dot, which offers a humbling account of how microscopic Earth is.

HOW DID YOU GO ABOUT MARRYING CONTEMPORARY CLASSICAL MUSIC WITH ELECTRONIC SOUNDS?

Perhaps ‘coexist’ is a better term. I used melody as a common ground for both, although this is perhaps clearer in the acoustic tracks. Luckily, all the musicians I wanted to work with were very happy to participate in the project. The musicians on the acoustic tracks are Godfrey Mifsud on bass clarinet, Akos Kertesz on cello, Rachel Fabri on vocals and myself on piano. Rene Mamo was our sound engineer/producer. The two components, acoustic and electronic, as well as the use of found sounds, tend to alternate and fade in and out of each other.

However, all these elements remain quite distinct. I suppose, in very simplistic terms, the acoustic tracks typically attempt to be ‘earthly’ representations, in the sense that they are more melodic and structured. The electronic tracks are perhaps used to complement what I think we know about space and the beyond so these tend to evoke a darker, more ominous place.

IF YOU HAD TO SEND UP ONE SOUND INTO SPACE TODAY, WHAT WOULD IT BE?

Maybe the sound of a baby chuckling and laughing, I mean, a really good, infectious laugh; one you cannot resist. I’m not sure Paolo would concur because it’s too anthropocentric.