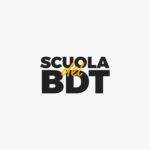 When booking, please be careful to select the correct dates as Lucia Geppi will also be leading professional open classes. More information on these can be found below.

FOR YOUNG PEOPLE IN TRAINING, LUCIA GEPPI WILL BE SCOUTING THE ISLANDS FOR TALENT!

ŻfinMalta is opening an exclusive opportunity to partake in workshop auditions for Scuola Del Balletto Di Toscana over the weekend of Sat 24th & Sun 25th September 2022.  Over these two sessions, young participants from the ages of 11 onwards can experience 3 hours of workshop auditions with Lucia Geppi, which will consist of:

Sunday 25th September: Presentation of a short contemporary solo (no longer than 2 minutes)

Participation in these workshop auditions is against a fee of 70€.

Places are limited and drop in-sessions or private auditions will not be possible.

For adults interested in undertaking professional training skills in ballet technique, the experience is week-long.

ŻfinMalta opens its company classes to local and international professional dance artists throughout its season, and Lucia has been selected to lead ŻfinMalta’s Company Open Classes on Friday 23rd & Mon 26th – Thursday 29th September 2022 at 10:00am at ŻfinMalta Studios.  The minimum age to participate is 18 years.

Adult participation in the Company Open Classes is against a week package fee of 60€ (5 classes, 1.5 hr duration) whilst drop-in classes are available from 15€ per session.

Tickets are limited to 10 participants per session.

For more information on our latest guest teachers for professional open classes, keep up to date here…

Lucia started her career as a dancer in L’Ensemble, a company directed by Micha Van Hoecke, whose major choreographies are inspired by her strong personality. Together they created many roles that showcased and nurtured her stunning technique. Performing and touring as a soloist with L’Ensemble, both in Italy and internationally, she also began teaching the company between 1994 – 1998 working closely with Micha Van Hoecke’s repertoire. From 1998 to 2004 she worked as Maître de Ballet and choreographers’ assistant to Aterballetto, directed by Mauro Bigonzetti. During that time she collaborated with many successful choreographers such as Mauro Bigonzetti (all of his works), Michele Abbondanza & Antonella Bertoni (Figli d’Adamo), Christian Spuck (Morphin Games), Jiri Kilian (Heart’s Labyrinth), Itzik Galili (Chamelon) and William Forsythe (Steptext). In 1999 she was commissioned as guest Maître de Ballet at the Arena di Verona theatre, where she was invited again in 2000 as a member of the jury for the annual dance auditions. In 2002 she was appointed Maître de Ballet and tutor at the Tuscany ballets, working on choreographies by Mauro Bigonzetti, Fabrizio Monteverde, Michele Pogliani and Eugenio Scigliano. That same year she also worked for the Teatro Massimo in Palermo as the assistant of Mauro Bigonzetti in order to recreate a pas de deux from Furia Corporis, one of Bigonzetti’s creations. Since 2005 she has been working as freelance Maître de Ballet and tutor. She recreated the Kazimir’s Colour pas de deux for Eleonora Abbagnato and Alessio Carbone. Lucia works as Maître de Ballet for the Teatro Comunale in Florence, Teatro, S. Carlo in Naples, Les Ballets de Monte Carlo, the Dominic Dance Theatre in Houston, the Grand Théâtre de Genève, the Scala in Milan, the Leipzig Opern, the Royal Swedish Ballet, the Stuttgart Ballet, the Béjart Ballet Lausanne and the Zurich Ballet, West Australian Ballet.

Scuola Del Balletto Di Toscana is directed by Cristina Bozzolini and co-directed by Lucia Geppi herself. The school aims to nurture professional dancers, giving them platforms and the necessary training to enter into major international dance companies. The training provided by the school therefore ensures that dancers develop the necessary and essential qualities to be able to excel in this industry, instilling discipline, respect for the profession and choreographic artistry and empowerment, ultimately nurturing in students an openness to the world of the performing arts, specifically the dance industry. Training at this school is available for students aged 6 to 18 years, however Lucia will be scouting for talent from 11 – 19 years of age for training in this school. Selected participants from the workshop auditions may be up for enrolment in this school for this scholastic year or the next scholastic year.

For further information and to discuss the ŻfinMalta Artist in Residence programme, please contact our Education & Outreach Officer, Martina Zammit on martina.d.zammit@zfinmalta.mt